…and be done with my April income report. 😛

Okay, but in all seriousness, some marketers may just drop their big revenue numbers like this and then run. 🏃

How about we talk about the real stuff that it takes to generate those numbers?

That’s exactly why I started sharing income reports this year. Because I feel strongly about giving you the full picture, not just the pretty, surface level numbers.

Now that that’s out of the way, let’s dig into what happened over the month of April!

The month began with 3 weeks cleared of no travel.

(As much as I love being a digital nomad, I find that my time spent alone in my home office is most productive.)

Never in my business life would I have thought that I’d be spending almost $1,000 a day on ads… but here I was.

A little background on my ads: I’m in no way an expert when it comes to FB and IG ads. I set up these campaigns in February and as they started to convert, I increased the daily spend to a point where it made sense. By April, I found myself running three major campaigns… each with multiple ad sets inside at about $50 a day… and so when you do the math, those campaigns were adding up to almost $1,000 a day.

Each day, I’d get a receipt from Facebook and my heart would stop a little.

But… this was the journey I had set out on by creating a free masterclass that was powered by running ads to it.

And when looking at my month’s revenue of reaching $50,000, clearly the ROI was there.

And I felt ill-equipped to be managing all the ads myself.

I mean, I had a business to run! I knew I didn’t have time to become an ads expert to optimize my daily spend.

When I realized that I was wasting money on ads but I didn’t know how or where… I knew that I had to hire out.

It was time to hire an expert.

I had put off hiring an ads expert before because I knew that a good ads manager would cost $2,000 to $5,000 a month just for their services, and would need an ad spend of at least $10,000 a month to play with.

Before April, my business did not have the budget for those kinds of numbers.

But once I saw that I could get a 2X return for my own ad campaigns (meaning, for ever dollar I gave to Facebook for ads, I was earning $2 back), I started to ask around and see if an ads manager was out there who could get a 3X, 4X or 5X return for my spend.

He took a look at my campaigns and could see the potential for a 5X return. Plus, on top of it all, he could run ads not just for Facebook and Instagram but for EVERYTHING – including Google, YouTube, Bing and Yahoo.

By mid-April, I had hired this person to manage the ads side of my business so I could focus on my next big thing:

Yup. More revenue generated this month has resulted in needing to do WAY MORE THINGS.

So I put out a call for a Marketing + Tech Manager and am aiming to have this person in my business soon.

By the third week of April, my travels started back up again. 😬

I flew to Vancouver to surprise my dad for his upcoming birthday (what an amazing perk to being my own boss!) and to film a free training series with Later.com.

Next, I flew back to Toronto for a day and then jetted off to Connecticut for a business mastermind meetup.

It was there that I celebrated my 31st birthday and also burned my hand severely with coffee. ☕️

Side note: last year, I spent my 30th birthday stranded in the Bahamas at the failed Fyre Festival, so I kind of found it hilarious that my 31st birthday became memorable in another burning way: with a second-degree burn.

Note to self: take a first aid course so that I better deal with emergencies in the future. 🤔

Aside from my burned hand, something else really cool happened on the day of my birthday:

I mean… $50,000 is what I used to make in a YEAR when I was a salaried employee. And now my business just hit it in a month?

Well, I would have had a hard time believing it too, but I’m sure you’ve realized it by now: I spent A LOT on ads to get that $50K.

And what really matters at the end of the day is that profit, right?

So let’s break down the numbers.

That net profit puts me at about a 20% profit margin. So while the revenue numbers are like:

…the profit is ultimately OFF my target goal of 30%.

With my new ads manager getting into the swing of things and with a new hire on the horizon, I’m confident those profit margins will start to improve in the coming months.

Takeaways for you based on my income report:

Want to learn Instagram to grow your business or offer a new skill to clients?

previousHow I left my day job and became a full-time freelancer in 9 months
nextHow to get your first 1,000 Instagram followers: free workshop with Later 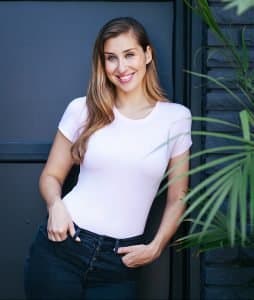 I traded my rolly chair and office cardigan for that 6-figure entrepreneur life. I'm obsessed with noodles, improv comedy, and traveling carry-on only. What motivates me each day is helping YOU get paid – all through the power of the internet.

RECENTLY ON THE BLOG 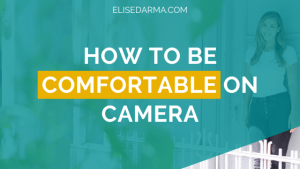 How to Be Comfortable on Camera 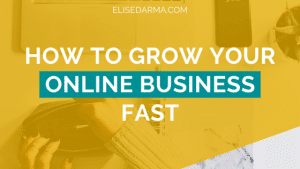 How to Grow Your Online Business Fast 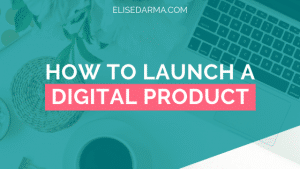 How to Launch a Digital Product 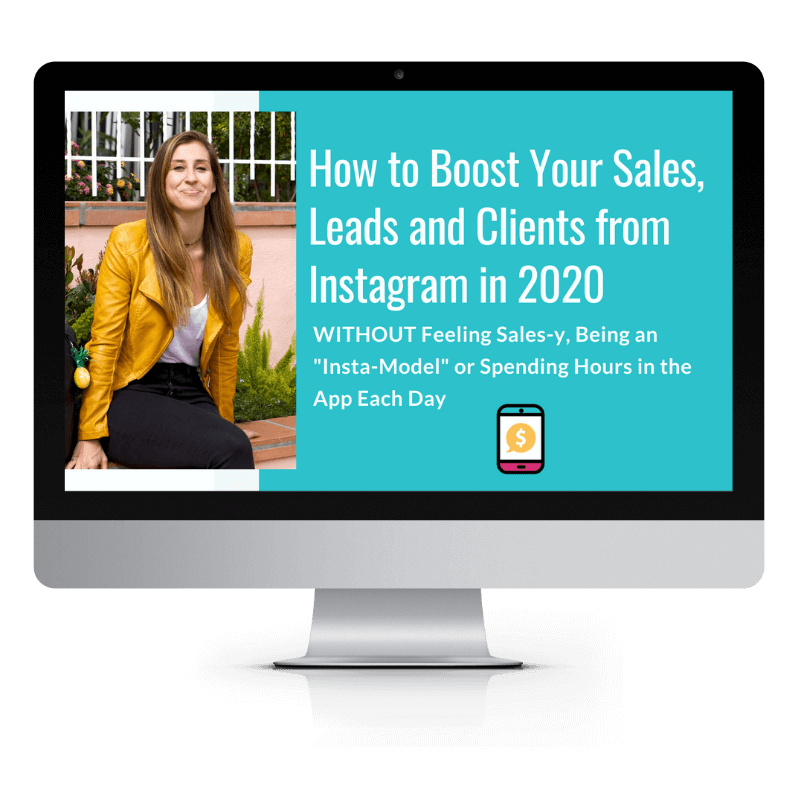 TAKE ME TO THE CLASS
MORE TO EXPLORE

How to Be Comfortable on Camera

How to Grow Your Online Business Fast

How to Launch a Digital Product

Sell more of your programs, get booked out with clients, and build a money-making brand on the world’s #1 social media platform.

TAKE ME TO THE MASTERCLASS >>

I love featuring my students who are willing to pu

“HOW MUCH DO I SHARE THAT’S BUSINESS OR PERSON

STEALING SOMEONE’S PRODUCT AND PASSING IT OFF AS

THANK YOU for sticking with me here on the ‘gram

The 6 Instagram Caption Starters were a HIT so I'm

How do you go from Nervous 😬 to Confident 😎

Hey Elise! Do you have any advice on...

Search my virtual archives on business, Instagram growth, Instagram monetization, and entrepreneurship – OR – see how we can work together here.